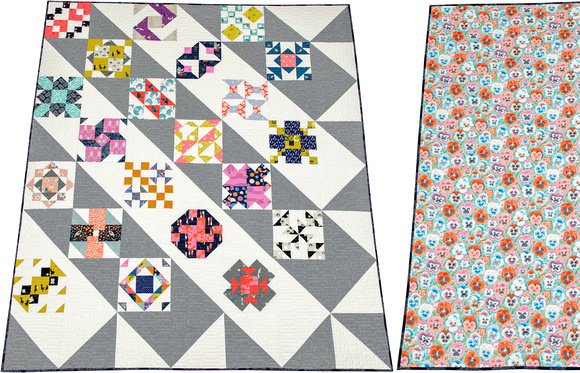 Each month we learned about women throughout history who have made a difference for good in the world.

I named this quilt in honor of Elizabeth Warren.

During the confirmation hearing for Jeff Sessions as Attorney General, Senator Warren was silenced in her comments objecting to the appointment. In an effort to defend the Senate action and then cast blame on Senator Warren (who was quoting the words of Coretta Scott King when she was silenced), Mitch McConnell said, “She was giving a lengthy speech… She was warned. She was given an explanation. Nevertheless, she persisted.”

I chose the colorway that used a variety of fabrics from the Cotton + Steel line – fresh, modern, fun designs that tend to surprise the eye.