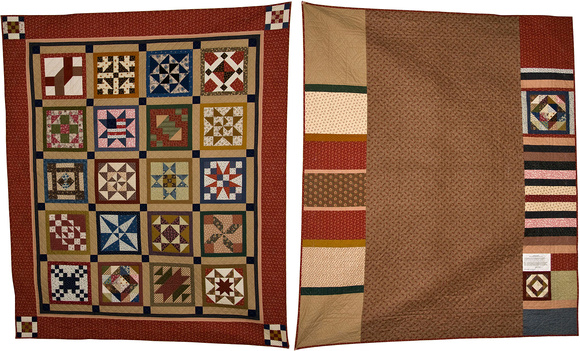 This was the name of the Block-of-the-Month class at Quilt Etc. for 2007-2008. In this presidential election year, we made traditional blocks inspired by important individuals and memorable events in the political history of the United States.

The blocks, which I chose to do primarily in Civil War reproduction fabrics, are:

Row 4:The Alamo, Battle of Tippecanoe, Tippecanoe and Tyler Too, Clay’s Choice